“Spectator’s Theater” is more than a creative project! This is a project that creates amazing things, allowing the audience to experience a variety of sincere and high emotions.

The play “Live to Remember” was created within this project. It is based on real stories of people who lived during the war and experienced all the horror and fear of that time. They lost their home, families and those who they loved.

The premiere of the play took place in January. It was timed to the Holocaust Memorial Day. That time, the tickets were sold to fast and many people who wished to see the play could not get to it. It seemed as viewers felt that something cosmic was waiting for them.

Our actors are simple people representing two generations – young and old. They had no experience of playing on stage and no special education. They studied to be actors during play rehearsals. They learned to feel their roles and to give out their emotions.

The second performance was held yesterday. We decided to show the performance for the second time, as many people simply did not get to it for the first time, and we believe, the main topic of the play should be transmitted to the people. In addition, the second show was devoted to two important holidays: Yom ha-Shoah and Victory Day.

We thank our actors and all those who worked on the play for their work, diligence, patience, talent, curiosity and sincerity. We are grateful to all those who came to us to the Concert Hall yesterday, to feel this performance with us, to support the actors and to honor the memory of those who died in the terrible war. 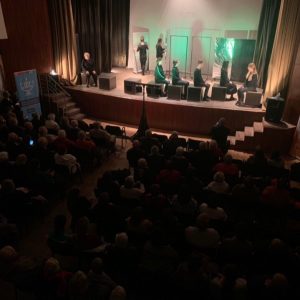 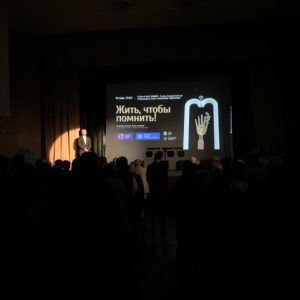 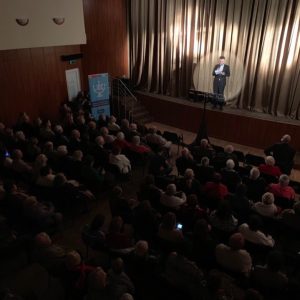 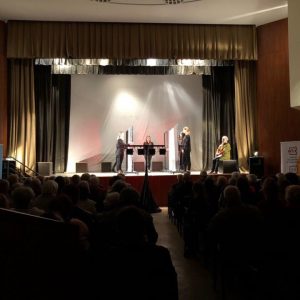 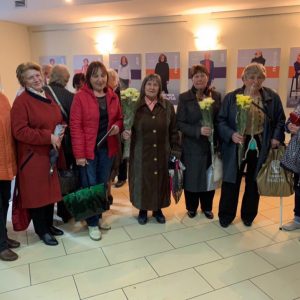 We all use calendars every day. Electronic, desktop or wall-mounted – everyone has their own favorite format. Calendars help us plan our time, celebrate important dates and holidays.