They spoke about Good Deeds Day in Moldova, as well as described the participation of 93 other countries, 20,000 projects and 2,500,000 people around the world in Good Deeds Day.

Nikita and Tatiana invited all JurnalTV  viewers to the pedestrian street of Chisinau on April 29. There will be held the event, accompanied by music, creative performances that will take place on the main stage. At the end of all volunteer actions, everybody will be able to see photos and video reports from each action not only in Chisinau, but also in 21 localities of Moldova! In total, there will be held 147 actions throughout the country and 2,200 volunteers will take part in Good Deeds Day. After the awarding of the participants, there will be a concert with the participation of Moldovan pop stars.

We are waiting for everyone who wants to help our city 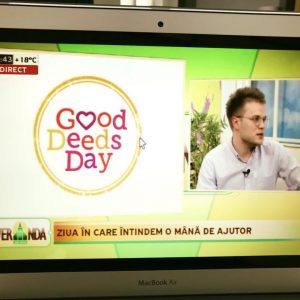 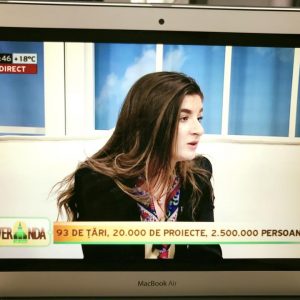 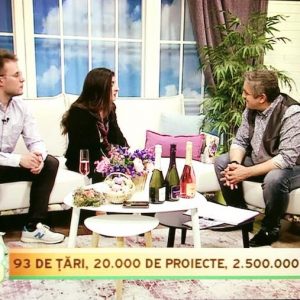 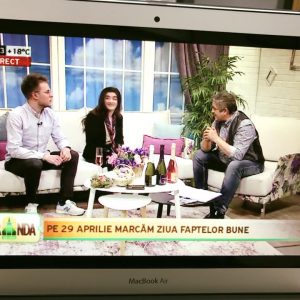 This is for 18 months volunteers of the project “Give a Smile” continue to visit young patients in IMSP Spitalul Clinic Municipal de Copii Valentin Ignatenco.

Hanukkah Sabbath is one of the most intensive Jewish holidays. It’s really the most luminous, as not only two Shabbat candles, but also hanukiyah candles are lit.

We want to acquaint you with Listengurt Tatyana Leonidovna and her family recipe “Gefilte Fish” which she has got from her mother.