On the eve of the New Year 5783 according to the Jewish calendar, a team of volunteers from Moldova held a cozy and very sincere meeting within the framework of the project “Preparing Together for Rosh Hashanah”. 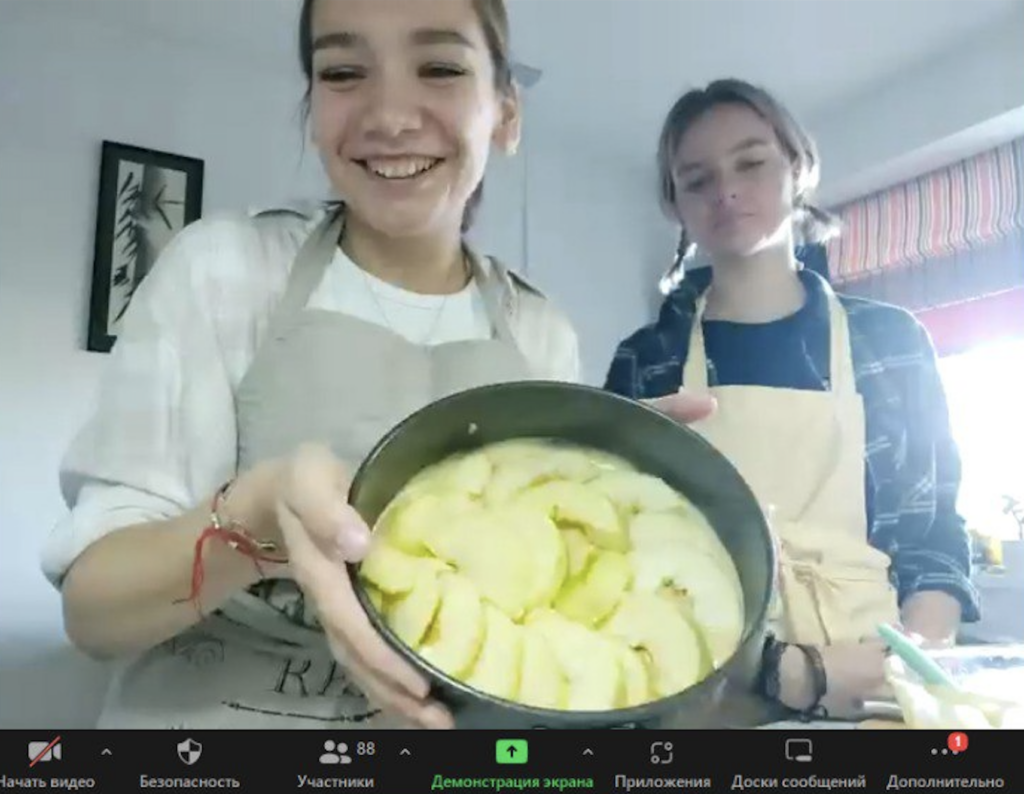 Volunteers from the cities of Chisinau and Bender prepared live apple charlotte, which is one of the main attributes of the upcoming holiday. Ksenia and Arina were preparing their own version of the holiday cake, while Tatyana and Alena shared their secrets of making a familiar dessert.

More than 90 connected participants (volunteers and elderly from different cities) had a unique opportunity to observe all stages of cooking in real time, discuss recipes and make their own additions and advice. Some tips were taken into account right on the air. Also during the meeting, we learned interesting facts about charlotte, the history of its appearance in cooking.
A bonus from the girls from Chisinau was a recipe for a healthy hot drink made from rose hips, apples and honey, which perfectly complements a warm apple pie. The drink recipe was of great interest to the elderly participants, as all the ingredients increase immunity and simply warm the soul on cold autumn evenings. 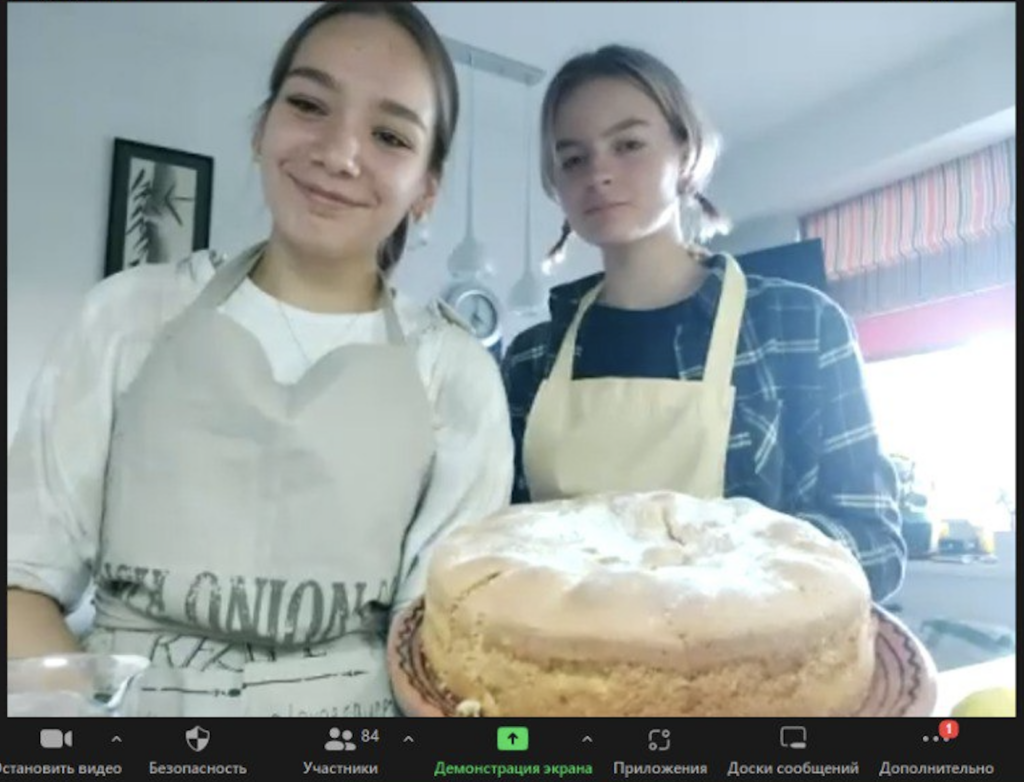 At the end of the meeting, everyone wished each other a good entry in the book of life and a sweet year, they said goodbye for a long time – as is customary when visiting. That’s how we “Cooked together for Rosh Hashanah”!
P.S. Charlottes cooked during the live broadcast were handed over to lonely elderly clients of HESED with the warmest wishes.

Training for volunteers of the “Do Good” project

Training with Anișoara Bezărău from Artico Center for volunteers of the “Do Good” project has recently taken place in RVC.